The Met Office would have us believe that spring started on 1st March, while astronomers say that it starts on the 20th March – the spring equinox. Although it doesn’t seem as if winter has blown out just yet, it’s good to see the back of February with its grey, wet days. In this first week of March, the skies have been blue and the sun has been shining, even if it is still frosty and cold in the morning.  Yesterday, I spotted two men in shorts wandering around town, which surely must be one of the first signs of spring.

Here’s five more signs that spring really is on its way.

1  Eggs, eggs and more eggs. Last month I was getting one egg every couple of days from my solitary hen but this month my new hens are laying every day and the ducks have started to lay as well, a sure sign of spring. I shall spare you a photo of the other spring activity of ducks.

2  It gets dark later each day and it seems the lengthening of the days speeds up in March.  In December, the ducks come to the kitchen window just after three o’clock demanding that I feed them but now I don’t go out until well after five to shut them away for the night. 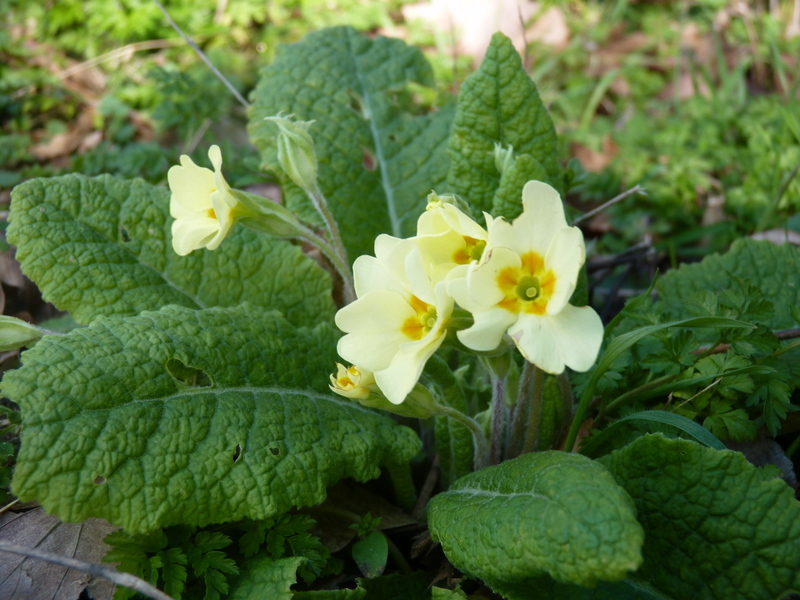 3  The primulas in the garden and the primroses on the banks of the ditches around the fields are just starting to flower and soon the banks will be a mass of colour. The snowdrops and crocuses under the apple trees have been flowering for a while and the sunshine has encouraged the first of the daffodils to trumpet their arrival. I’m not a great lover of daffodils. I’d rather see pale yellow primroses or butter yellow cowslips than the vulgar, brassy daffodil.

4  Sunshine streaming through the windows. Morris the fox terrier moves around the house through the day, squeezing himself into the smallest patch of sunshine where it hits the floor. I see the dirt on the windows highlighted by the sunshine and quickly turn away.

5  Catkins dancing in the wind, waiting for their pollen to be blown to a waiting female bud, against a brilliant blue sky.

I’m tiring of winter now and longing for spring. And immensely grateful that we have such distinct seasons.

What about your part of the world? Are you still surrounded by snow or has spring arrived? Maybe you’re slipping into autumn. Do tell.