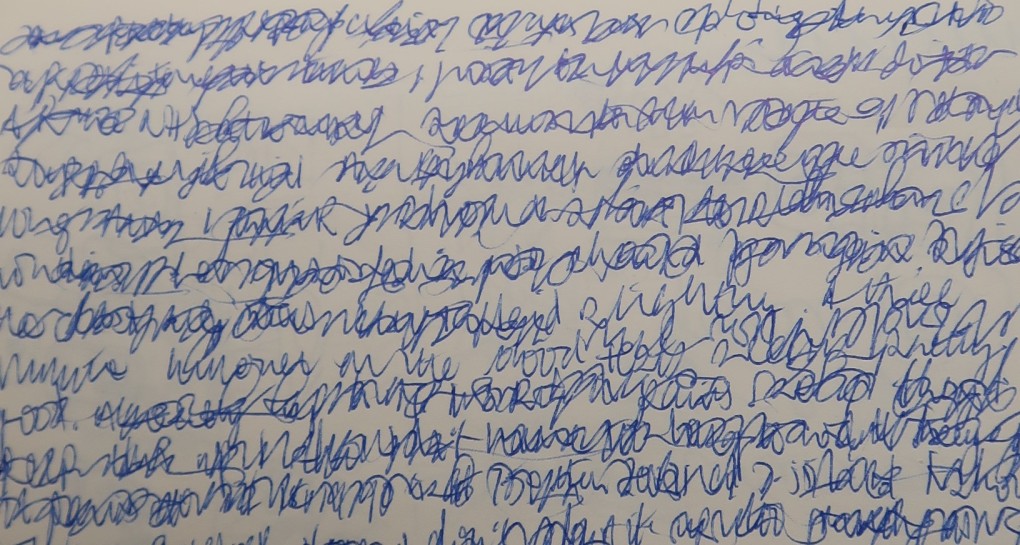 A while ago I went for an appointment and as there were nine people in the queue before me, I decided to be one of those people who pulls out a notebook and makes quick, but wonderful sketches. I abandoned it after thirty seconds because it turns out (as I suspected) that I am not one of those people.

Instead, I started to write. About parking in the wrong place, about my stomach rumbling, my plans for the rest of the day and then just a stream of incoherent thoughts. I turned the page and wrote on top of what I’d written, which didn’t matter because it was just verbal doodling.

It turns out that verbal doodling is more relaxing than my normal impatient, foot tapping waiting technique.

Just passing it on in case you have a moment or two to fill.

For no reason other than the promise of sunshine later in the week, I decided to make a children’s wigwam to replace the one that disintegrated last summer after twenty-five years of sporadic use and a strong wind. Normally, I’d just nip out to the fabric shop to buy the requisite three and a half metres of fabric, but of course these are not normal times. A little improvisation was needed.

Luckily, I found an old dustsheet covering up the shelving that’s used for Christmas tree stands out in the barn. It was rather grubby with a few paint spills but it was perfectly suitable for making a wigwam once it was washed, dried and ironed (while ignoring the pile of clothes in need of similar care and attention).

Following some notes that I’d scribbled down from a borrowed book by Jean Greenhowe together with a host of diagrams on Pinterest, I laid out the dustsheet and cut it into triangles. The door triangle was cut in two halves, sewn together at the top and left open below for an opening and then all six triangles were sewn together, making a channel on the inside for a cane to be inserted. The bottom of the wigwam was hemmed, the top sewn across to stop the canes pushing out and tabs sewn on by each seam so the wigwam can be secured by tent pegs.

Once finished, the wigwam was rather plain, which is to be expected if you use a dustsheet instead of some exciting patterned fabric, so I enlisted help from a three-year old to decorate it with foam block and screen prints, though his enthusiasm wore off before mine. I was glad to have had the forethought to trace around the children’s hands to make foam printing blocks instead of inking their hands to make handprints but rather regretted sewing the wigwam together before we printed as it was rather cumbersome to manoeuvre.

I was in a hurry to erect the wigwam in the garden as the sun was shining but alas, the only canes I could find were of several different lengths and mud caked from when they were pulled out from vegetable garden last autumn. Undeterred, I decided they were good enough for the job and up the wigwam went. To be truthful, it was rather lopsided but the three-year old took out a tablecloth from his alien pack (aka a rucksack) and we spread it on the ground in the wigwam and lay there discussing grass, Australia, space and life until he had to go inside for his tea.

I’ve since taken the canes out, washed them and sawed into similar lengths which is much better. Now all we need are some warm sunny days to enjoy the wigwam in the garden, though it works well inside too.

Once we’re out of lockdown I must remember to buy some replacement canes for the runner beans and find something to cover the shelving in the barn..

These were my notes, which might be helpful if you want to make your own children’s wigwam. Or indeed one for yourself, which seems a perfectly reasonable thing to do. I cut out the triangles with the centre seam of the dust sheet in the centre of each triangle so it was at the same height when they were sewn together.

You may find this article about printing with foam shapes helpful if you’d like to try a simple printmaking technique.

It always delights me that stinging nettles with their vicious sting can be tamed and made into something delicious. Nettle soup tastes as though it should be doing you good, sautéed nettles even more so. But warm nettle and cheese scones, spread with butter is a completely different matter.

Did you know we had a pet tiger roaming through the house? Who loves to sit with the grandchildren and read stories? You can guess his favourite.

In these days of social distancing, our family WhatsApp feed is filled with quizzes, shopping lists and “Have you tried this?”, the latest being that you can get 3D images of animals in your home. Who knew?

Open Google on your phone and search for an animal like tiger, alligator or giant panda. Scroll down and tap on View in 3D. Move your phone around and the animal should appear. You can resize it or move it around the room and then take a photo. 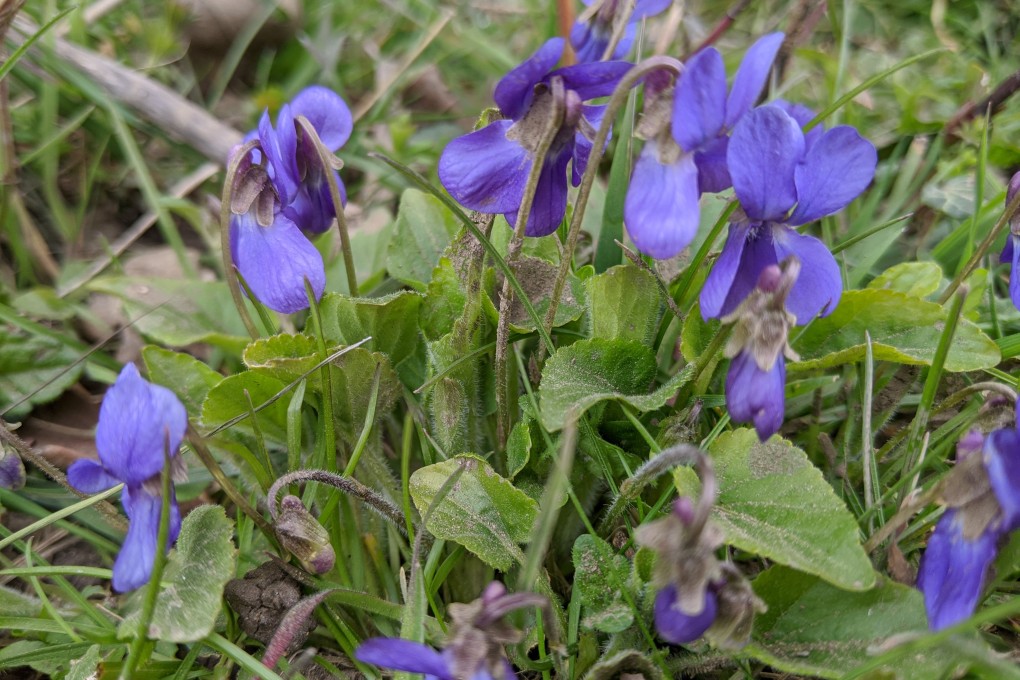 For years I’ve taken a daily walk through the fields with the dog, exchanging pleasantries or pausing for a brief conversation with other walkers on the footpaths. It would have seemed strange to avoid people (apart from the man with the two Staffordshire Bull Terriers that nearly all the dog walkers here avoid) or not smile and say hello.

In the space of a week, with the introduction of social distancing, it’s become normal to avoid all encounters we can. I scan the path ahead for approaching walkers. Some instantly turn around and retreat as soon as they see another person. Other people start walking in a wide arc so that we make a sort of choreographed pass and I supress the urge to do a little twirl.

I find it easiest to keep going and step aside into the field as the oncoming walker get closer. Time it wrong and we both step into the field necessitating a clumsy shuffle to pass while inwardly I calculate the distance between us and wonder how many steps to take before it’s safe to breathe in.

Just lately several blogs have been brought out of hibernation with short posts about the inconsequential. It’s as if we need to share the ordinary to make sense of all that’s happening around us at the moment but can’t encapsulate it in a tweet or an IG photo caption (apparently only a third of people always read the captions in Instagram anyway).

It seems a good idea.