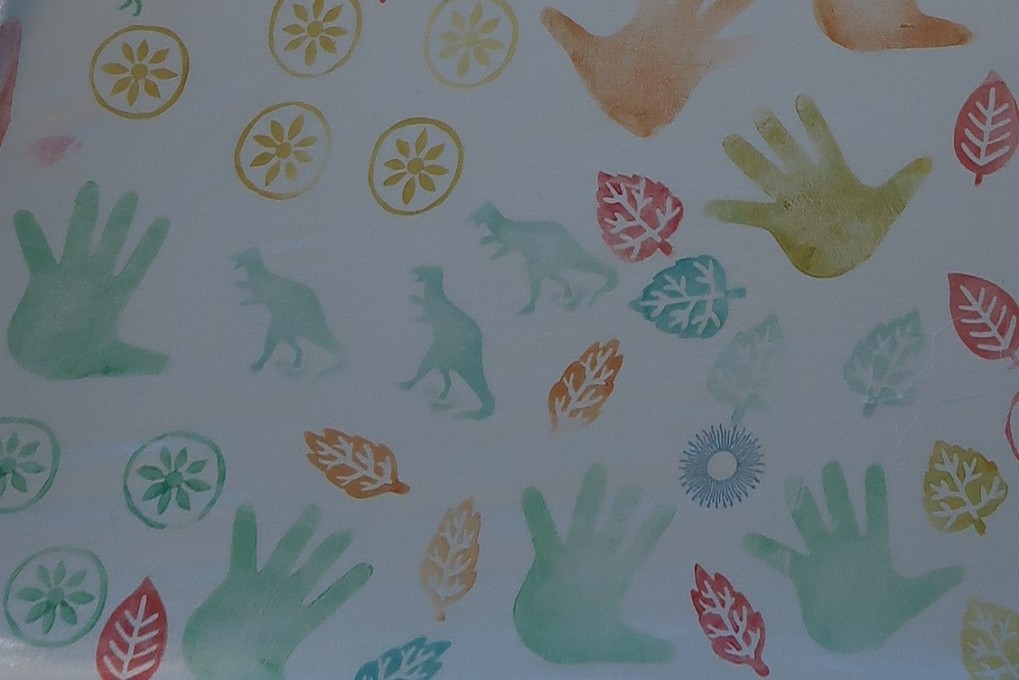 For no reason other than the promise of sunshine later in the week, I decided to make a children’s wigwam to replace the one that disintegrated last summer after twenty-five years of sporadic use and a strong wind. Normally, I’d just nip out to the fabric shop to buy the requisite three and a half metres of fabric, but of course these are not normal times. A little improvisation was needed.

Luckily, I found an old dustsheet covering up the shelving that’s used for Christmas tree stands out in the barn. It was rather grubby with a few paint spills but it was perfectly suitable for making a wigwam once it was washed, dried and ironed (while ignoring the pile of clothes in need of similar care and attention).

Following some notes that I’d scribbled down from a borrowed book by Jean Greenhowe together with a host of diagrams on Pinterest, I laid out the dustsheet and cut it into triangles. The door triangle was cut in two halves, sewn together at the top and left open below for an opening and then all six triangles were sewn together, making a channel on the inside for a cane to be inserted. The bottom of the wigwam was hemmed, the top sewn across to stop the canes pushing out and tabs sewn on by each seam so the wigwam can be secured by tent pegs.

Once finished, the wigwam was rather plain, which is to be expected if you use a dustsheet instead of some exciting patterned fabric, so I enlisted help from a three-year old to decorate it with foam block and screen prints, though his enthusiasm wore off before mine. I was glad to have had the forethought to trace around the children’s hands to make foam printing blocks instead of inking their hands to make handprints but rather regretted sewing the wigwam together before we printed as it was rather cumbersome to manoeuvre.

I was in a hurry to erect the wigwam in the garden as the sun was shining but alas, the only canes I could find were of several different lengths and mud caked from when they were pulled out from vegetable garden last autumn. Undeterred, I decided they were good enough for the job and up the wigwam went. To be truthful, it was rather lopsided but the three-year old took out a tablecloth from his alien pack (aka a rucksack) and we spread it on the ground in the wigwam and lay there discussing grass, Australia, space and life until he had to go inside for his tea.

I’ve since taken the canes out, washed them and sawed into similar lengths which is much better. Now all we need are some warm sunny days to enjoy the wigwam in the garden, though it works well inside too.

Once we’re out of lockdown I must remember to buy some replacement canes for the runner beans and find something to cover the shelving in the barn..

These were my notes, which might be helpful if you want to make your own children’s wigwam. Or indeed one for yourself, which seems a perfectly reasonable thing to do. I cut out the triangles with the centre seam of the dust sheet in the centre of each triangle so it was at the same height when they were sewn together.

You may find this article about printing with foam shapes helpful if you’d like to try a simple printmaking technique.