We have had a bit of a pumpkin fest recently from our three pumpkin plants. Two of the plants yielded no pumpkins and the other one produced just one. But one very large pumpkin, which was similar in size to last year’s because there were still some seeds in the packet and even though I said to Bill (very clearly) that they were far too big and we did not want any more that size, he decided it would be wasteful to throw away the seed. Thank goodness only one grew.

Consequently, we have eaten pumpkin in many ways, some more popular than others. For the finale, with the very last slice of pumpkin,  I decided to make pumpkin scones. I made some the other day by adding pumpkin flesh to my normal scones and though they tasted fine, I decided to do it properly and follow a Pumpkin Scone recipe. Big mistake. The mixture was far too sloppy so I threw in extra flour. Then a bit more with another spoonful of bicarb. Then a whole lot more. Then I dolloped the mixture onto the girdle and cooked them. The result was not the normal light, airy scone but a heavy, claggy doorstop that shouted indigestion. So no scones to eat and a heap of washing-up for nothing.

As usual, in times of frustration or in need of a good think, I pulled on my wellies and went for a walk. 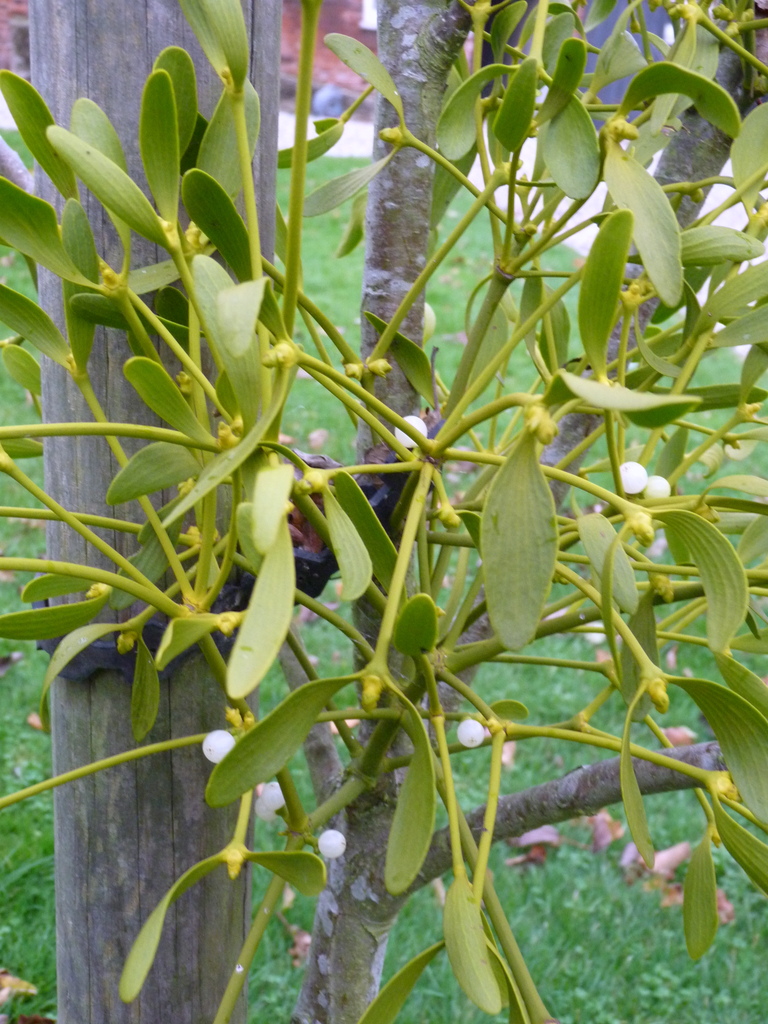 The mistletoe seems to be growing faster than the apple tree and for the first year has berries. It’s difficult to believe how much it’s grown from this tiny bud back in 2012. 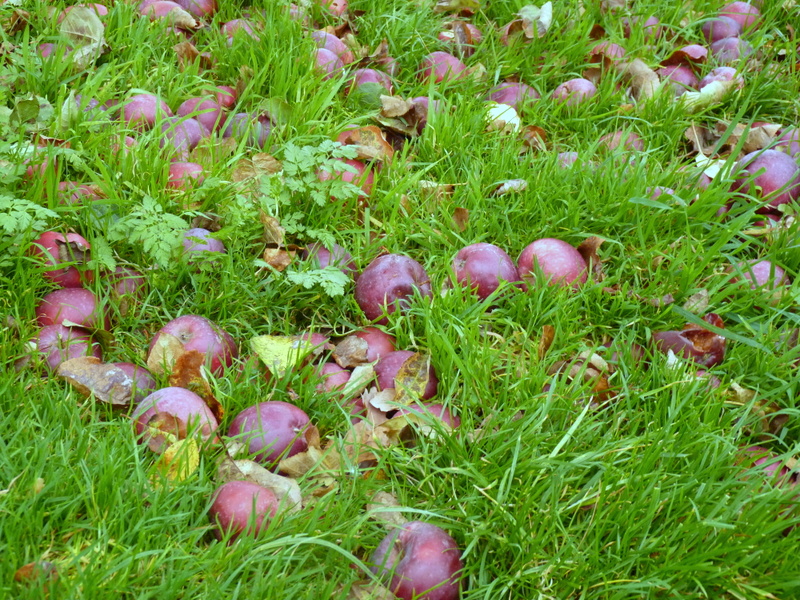 A quick detour to pick up some crisp and juicy Spartan apples that have fallen to the ground. Spartan are my favourite apple and with their deep red skins, I always think of them as Snow White apples.

We’ve picked kilos of sloes for Beth to make her sloe gin, but there’s still so many left that the hedge looks blue now that the leaves have mostly dropped. This blackthorn hedge was planted in 2012 and has grown remarkably well, though when you consider that the name of our farm originates from the Old English for “enclosure of the sloe tree hill” and we live in Blackley Lane, perhaps it’s not so surprising. 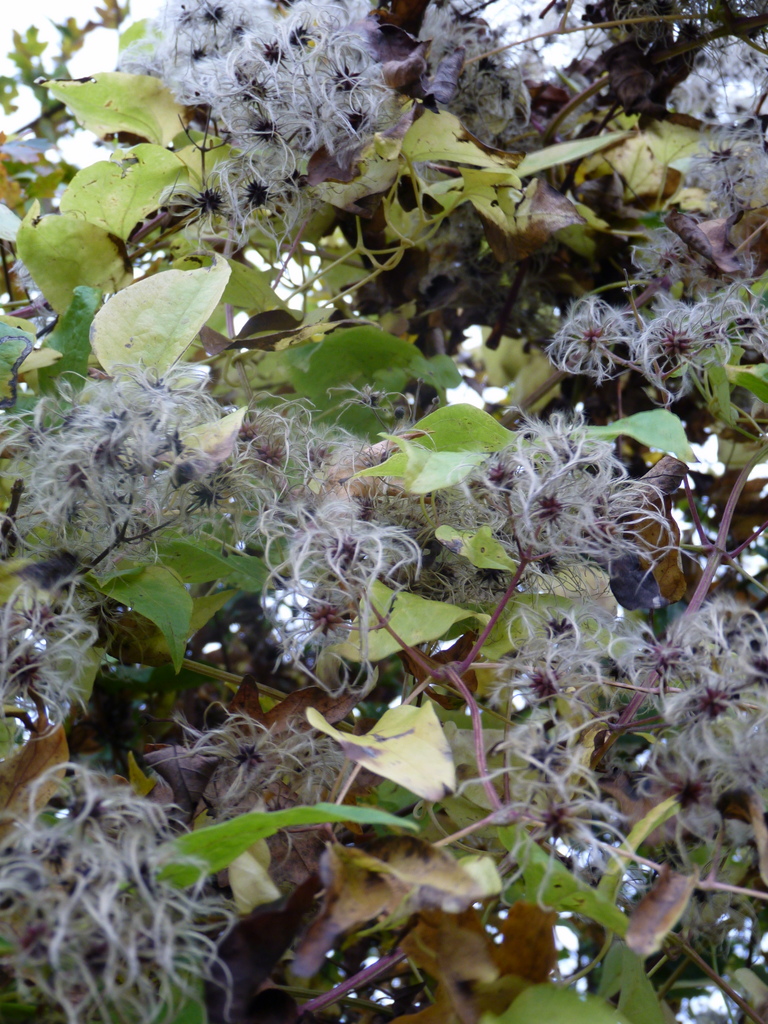 Along the farm track, Old Man’s Beard threads its way through the hedges.

The oilseed rape crop is looking remarkably healthy. At the moment.

The oilseed rape is growing in a field called The Ley. On a map of 1849, this is shown as three fields called Old Leigh, Little Leigh and Spring Field but by 1895 they’d been amalgamated into one field called The Ley. This small ditch runs between The Ley and Lakes Field, so named because Mr Lake once owned it. There’s not much water in it at the moment, but if we get a wet winter the level will rise as the water drains from the fields into the ditch.

The leaves are falling fast from the trees and some trees are already winter bare. There’s nothing like kicking through a few leaves to bring a smile to my face. And hurrah, no more pumpkins.

30 thoughts on “around and about”