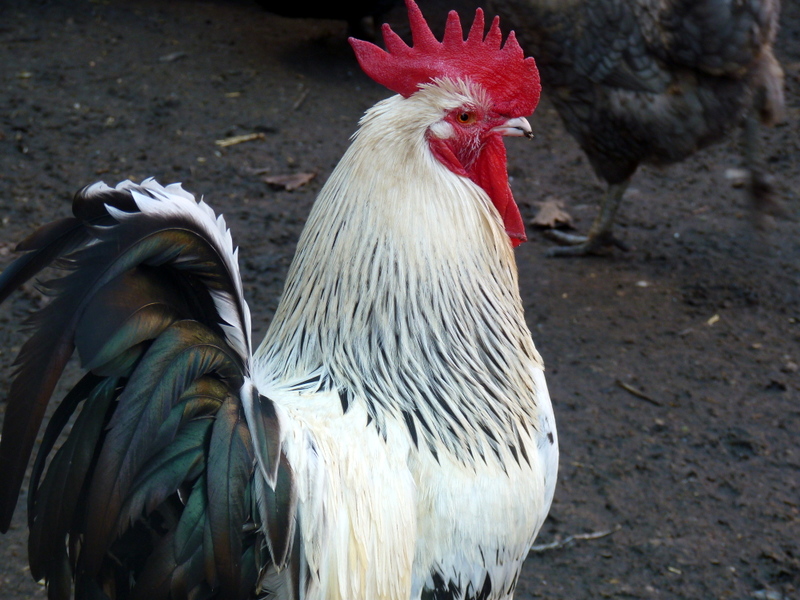 Hen numbers have dwindled during the winter so that since Christmas, Nickel Arse the cockerel had only one little wife to run along beside him. With spring just around the corner and news that a local farm was clearing out a batch of their free range hens, it seemed an ideal time to boost numbers so five new hens were brought home and smuggled into the hen house while the others were out.

In late afternoon the wanderers returned to find the new hens hanging around by the feeder. The guinea fowl stuck their heads in the pop hole, saw the new hens and ran off. Eventually they plucked up enough courage to dash into the hen house and fly straight up to the rafters where they could keep an eye on everything. Nickel Arse strutted in, did a double take and promptly jumped over the barrier to safety. Peering back over, he flapped his wings and puffed his chest. Several times. The new hens stared in amazement and if the old hen had eyebrows, I’m sure she would have raised them skywards, muttering “men” under her breath. 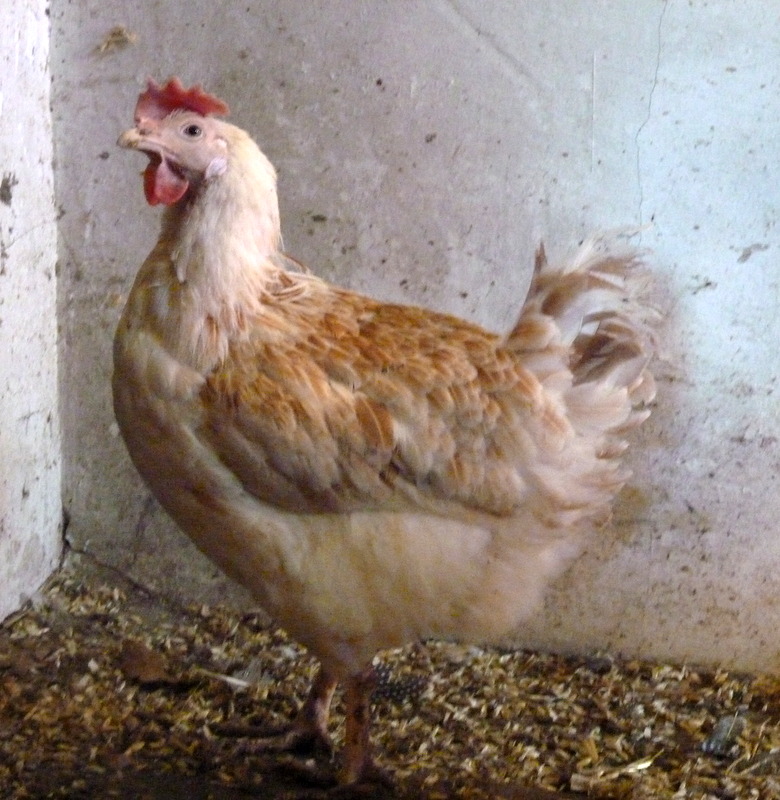 I think I’ll stay put thanks.

Next morning they were still segregated either side of the barrier but they were all alive and the new hens had even laid eggs. The new girls stayed in the run for a couple of days but then I decided that the cockerel may as well take his new harem to explore the garden. Three of the new hens stayed in the hen house, the old hen busied herself scratching under a bush on her own for the day while Nickel Arse strutted off with two new girls in his wake.

In the evening Nickel Arse returned with only one new girl and left the other one sitting in the undergrowth at the end of the garden. We tried to persuade her in but she was having none of it, so we left her out for the night. Naturally, we haven’t seen her since which means she’s either hiding or been eaten by a fox or jumped the fence and ended up perplexed on the dual carriageway. Any of the three are likely but I suspect the fox found her. 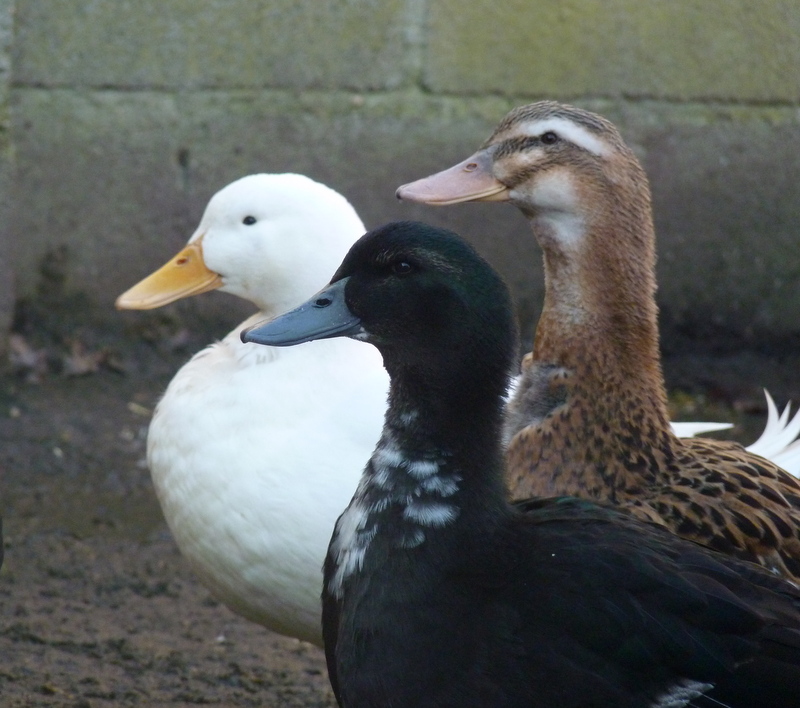 Meanwhile, the ducks remain non plussed by the whole situation. So long as the hens don’t eat their food, they take no notice of them. 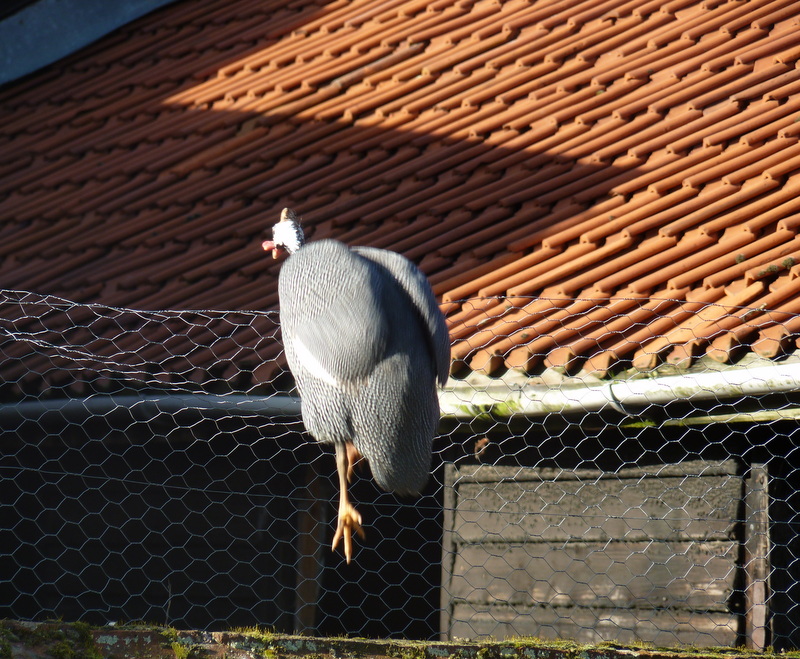 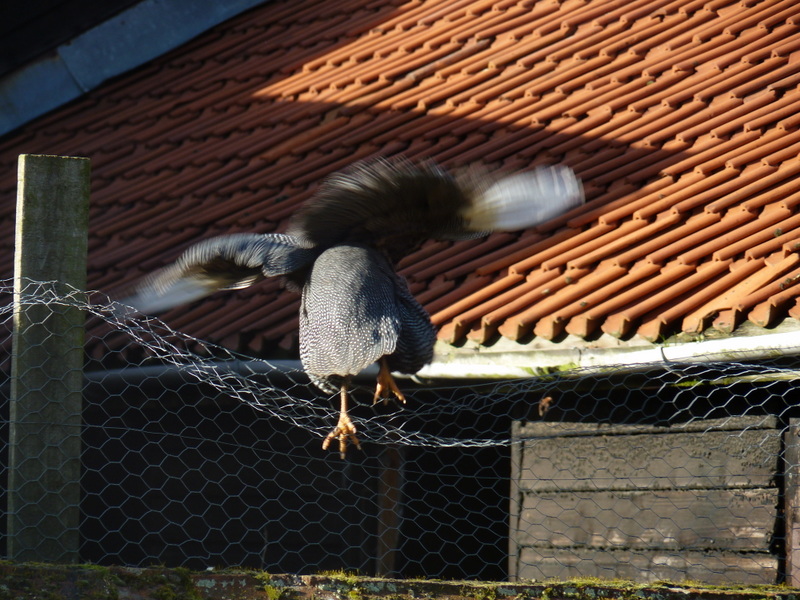 And the guinea fowl continue to do what guinea fowl do. Why would you walk through an open gateway when you can jump onto the wall next to it and then fly over the fence atop the wall? As you can see from the wire, this is their regular point of entry into the hen run.

24 thoughts on “the cockerel has a new harem”