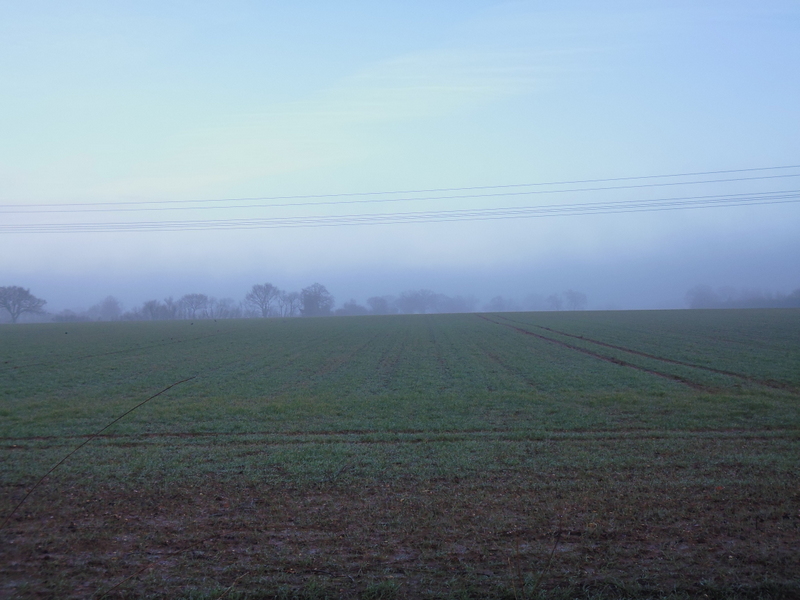 The fields are still wet and muddy and the days on the farm in February start grey and murky.

The water on the public footpath in The Ley field, in the photo above, has now receded back into the ditch but the path has widened from 1.5 metres to nearly ten metres in places as walkers take an ever widening route to avoid the mud. Despite Bill’s grumbling at the crop loss, the trampled wheat seems very insignificant compared to the despair of people whose homes are still flooded or the livestock farmers who have flooded farms with dwindling feed supplies. It’s been good to see how farmers across the country have rallied together to donate and pledge offers of forage and straw, particularly the campaigns organised by enthusiastic Young Farmers. 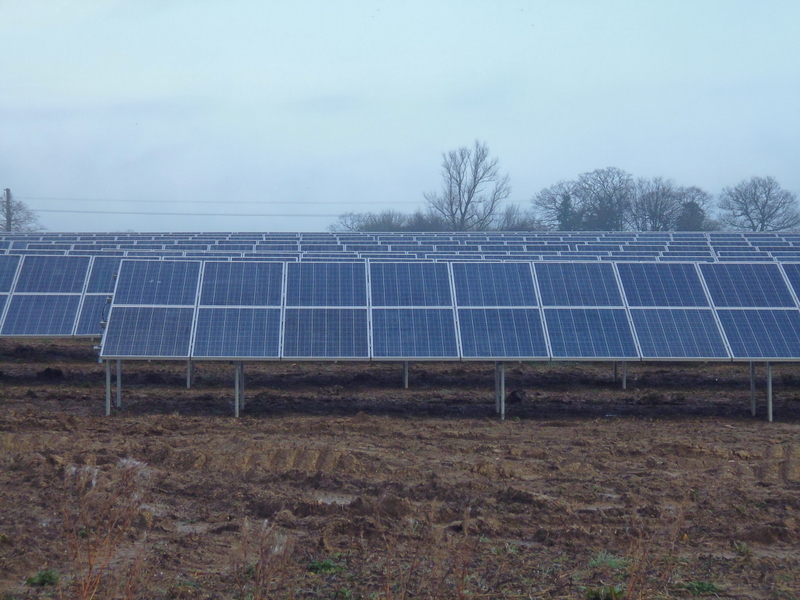 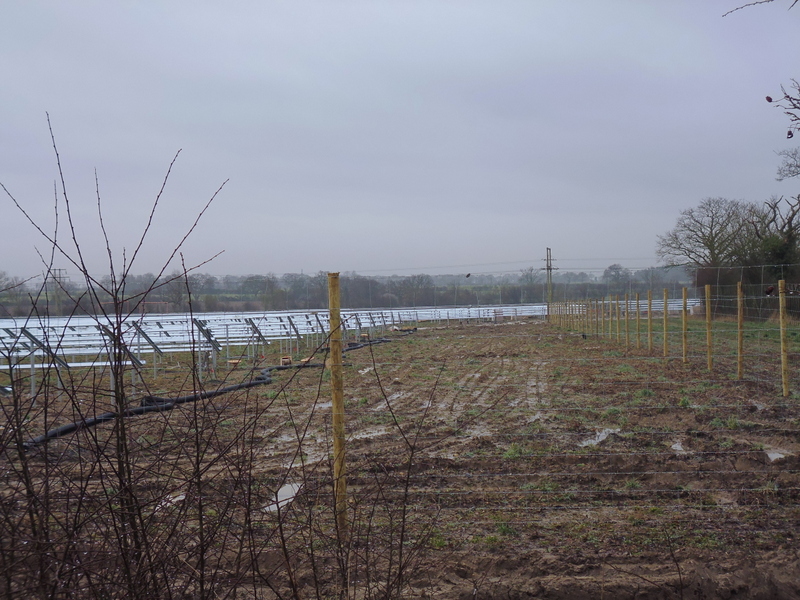 Our neighbour on the farm next door is constructing a new solar facility where 24,500 solar panels are being installed in two fields on his boundary. It should, apparently, be capable of providing electricity to 1650 homes for the next twenty five years and with the push for renewable energy, will doubtless become a regular sight across the country. Walking the public footpaths around the solar panels has proved interesting, with something new to see most weeks, though Morris the fox terrier and I had to be escorted by one of the contractors, lest we were run over by one of the large lorries trying to negotiate its way along the narrow track. 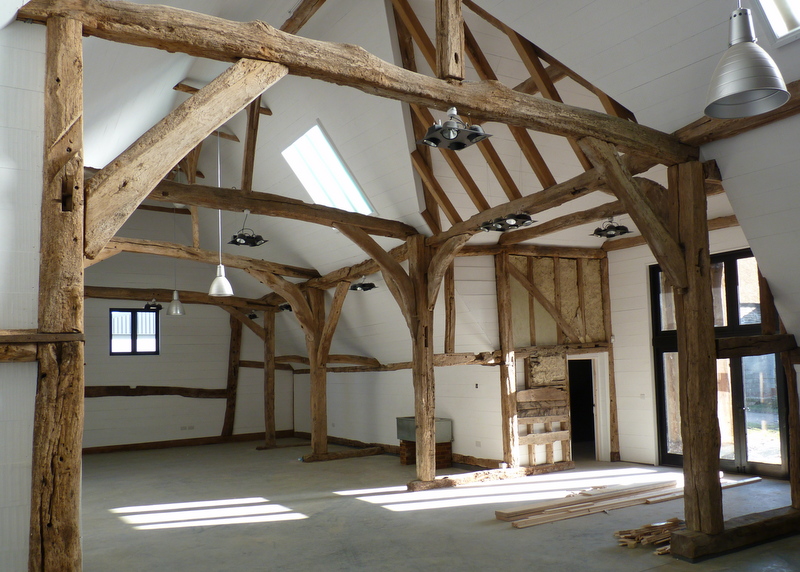 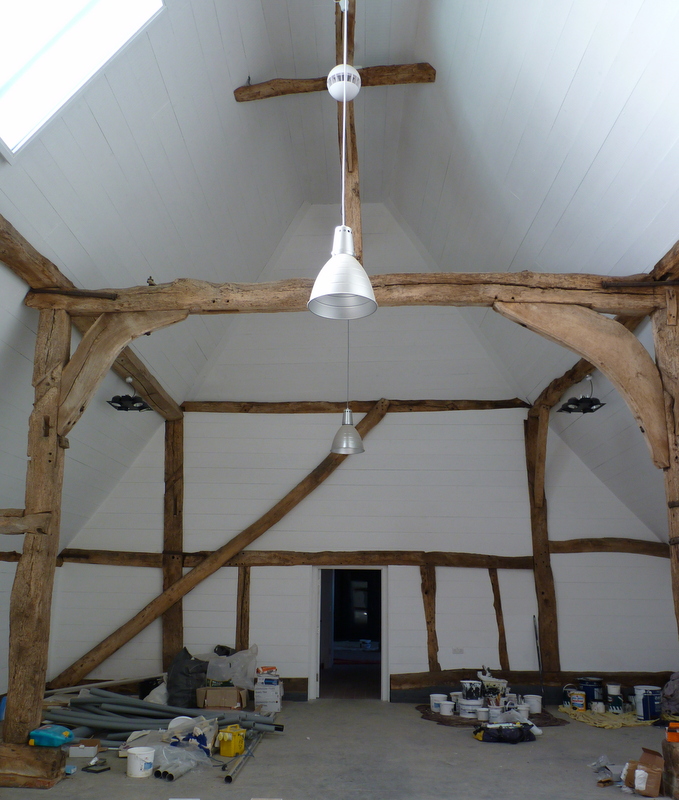 The Barley Barn is nearing completion. The internal doors have been hung, the kitchen is being fitted and this week the heating should be switched on. The website is live and bookings for courses are being taken already, so it feels as though everything is coming together even though we seem to have an endless list of “things to do” before Ruth opens the doors to her customers.

The next major job for The Barley Barn is the outdoor landscaping so it would be good if the rain and wind would blow elsewhere. Unfortunately, we are forecast showers and cloud for another week though. Hey ho, soon be spring.

35 thoughts on “on the farm in February”